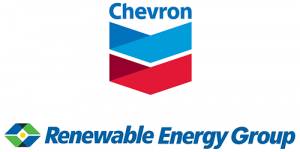 The Providence Resolution changed the trajectory of lower carbon targets in the Northeast.  The collaborative resolution, which aims for net-zero carbon-dioxide emissions by 2050, was unanimously passed at the Northeast Industry Summit held during the 2019 Heating & Energizing America Trade Show. How did the heating oil industry reach this point?

Since January of 2019, there has been a wave of new climate legislation across the Northeast United States. There were also many discussions of a federal “Green New Deal,” which would transition all fossil fuels to renewable energy. The heating oil and biofuels industry have been working very closely the past two years on the policy front, advocating for incentives and policies to promote lower carbon fuels.

The hope is to accomplish this objective in phases, with a 15% reduction in CO2 emissions by 2023 and a 40% reduction by 2030. This seemingly lofty idea was analyzed by Kearney, a consultant for some of the largest governments and Fortune 500 companies, who determined it feasible. How? By adopting higher blends of Bioheat®, a blend of ultra-low sulfur heating oil and biodiesel, a renewable fuel produced from feedstocks. Kearney did an extensive analysis and determined that by adopting a B20 blend (20% Bioheat, 80% heating oil) by 2023, a B50 blend by 2030, and 100% Bioheat by 2050 the proposed reductions were possible.